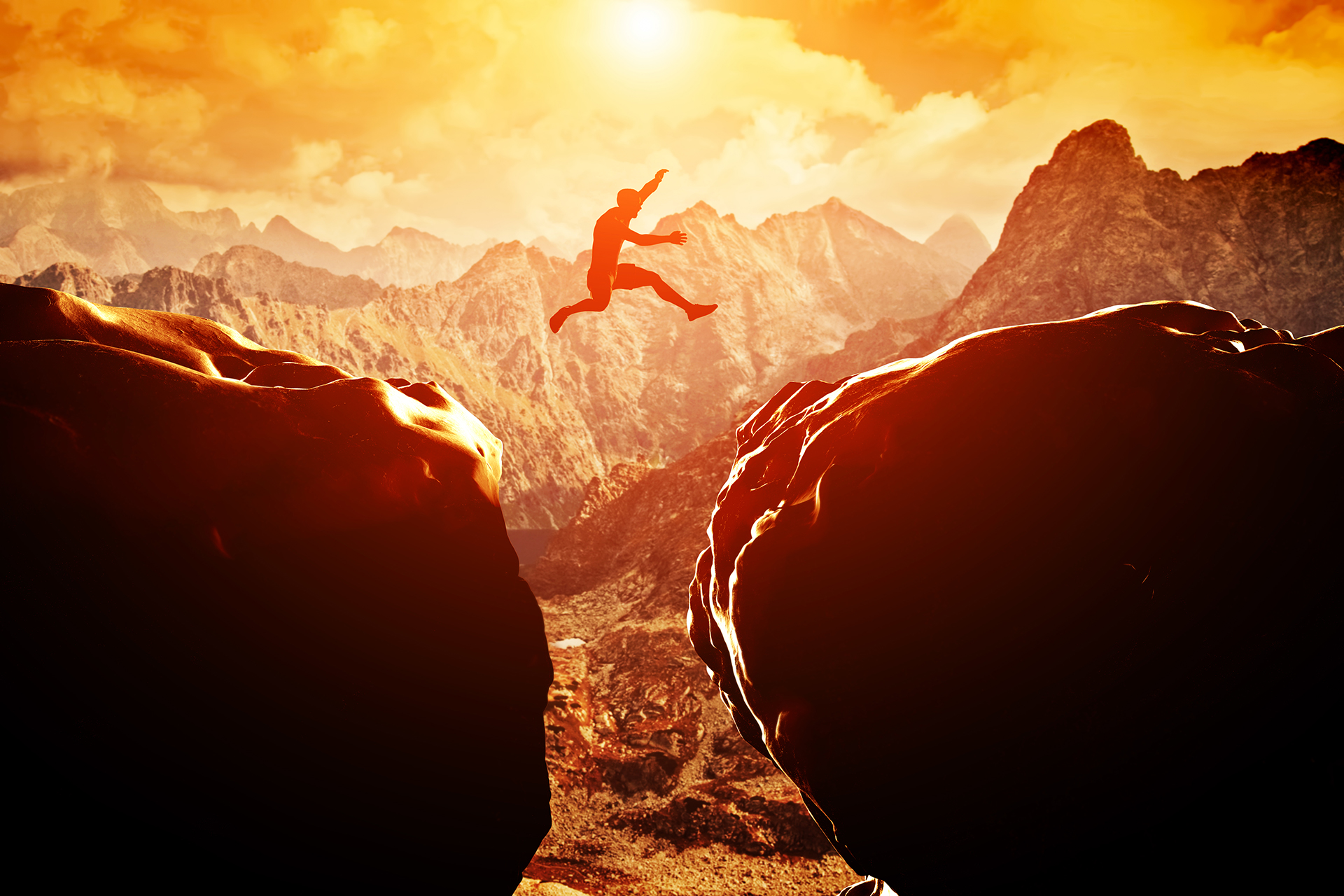 “Letting Go” is a process. It’s not a one time, slam dunk, boom, it’s done. I wish it was. But then, healing would be a destination and not a journey. The gifts are given along the way, as we travel, within the journey.

I see it like this: I’m not a “gamer” so forgive me for using outdated terminology. Do you remember the “Mario Brothers” video game? I barely do, but it’s the only game I’ve ever played. Hang with me. As Mario goes through the game, he collects little gold coins that extend his life or give him some skill, like jumping really high, that he will need if he makes it to the next level. Well that’s what we get as we use our tools and move forward with our internal growth process. As we journey, we get gifts. Sometimes they are obvious. Sometimes they’re not, but they are always there, no matter what. Mario could bounce near the gold coins all day long and never collect one, if he didn’t know to be aware. Be aware. Pay attention. Be an active “watcher” for the gifts meant for you.

Here is what my memories play in my head. I’m 13 or 14. It’s summer in Maine! Some of the cool kids have a tent up and a fire going. It’s the place to be. My room was in the attic, I waited ‘till the time is right, went out the attic window, shimmying down the wall and letting myself quietly land on the oil tank. I jumped to the ground. I can’t be seen on the gravel road, so I travelled the woods. I made it to the gathering and was handed a Miller Light beer and a joint which I passed on. I usually “pretend inhaled” because I hated the way pot made me feel. I scanned the faces around the fire, and there he was… a new face, dark hair and darker eyes, a quiet, beautiful young man. I wanted him to want me. I flirted, he noticed, and the bond began. I love that feeling – that honeymoon, connected, sparks flying, feeling. All is right with the world. That, “You and Me against the world…I would die for you” feeling. In the world of drug addiction, it’s probably like the first hit…wow. For me, my drug was love…or my fantasy of what love was supposed to be. So the connection and flirting around the fire continued, and then he said, “Come with me”. I was like….”Of course my darling”… but I’m sure I spoke, “OK”. And we drove to his place, probably two towns over. I wasn’t paying attention. He had his hand on my thigh. When we got to his bedroom, (his parents were gone on a trip) I was surprised he still lived at home. He seemed older than that.

He tied my wrists and ankles to the metal bed frame. I saw something in his eyes that I hadn’t seen before. Something inside me told me not to speak. I knew what was happening. I knew what would happen if I screamed. I had one thing to do. Only one.

It was my fault. I did put myself here. He was high on something. I didn’t see what he took. But his eyes…

I tried to relax and breathe to make it easier. If I tightened, it was so much worse. He didn’t speak other than grunts and breathing from effort.

When he stopped, he sat beside the bed and reached for his clothes, put them on, and walked out of the room. His car must have pulled out, and a younger man came in the room, (his younger brother) and untied me. I don’t remember his words. I remember how he felt to me – kind. Little brother took me outside to the road and pointed in the direction I needed to hitchhike home. So I did. I don’t remember who picked me up, or even the ride back. All I could think about was not getting into trouble for sneaking out of the house. I remember the pain between my legs and the way my urine burned the torn skin. But, I was alive. I survived. Now to avoid punishment from dad, and pray I never see the dark haired man again.

I don’t remember what happened next. I do remember that I never saw the man again.

I will never forget how the ropes dug into my wrists and ankles, the way the bed sounded as he furiously took out his rage on my tiny body. I will never forget the weight of him. I had to leave my body and go into my head, like a Star Trek show when there is a fire on a deck so they block off all decks but where the people are and redirect all life support systems there. I left my body, severed connections, and put all effort into my thoughts/head.

This sort of violence happened many, many times while I was a runaway on the street. I’m giving you one example of but one situation, to make a point:

I didn’t go to one therapy session and heal this event.

Every single bonfire since then, reminds me of him. I can see his face shining from the firelight, even when I am the only one fireside.

I could’ve used that event, that memory, to keep myself from ever attending another bonfire for the rest of my life.

Each “thing” that has happened to me “lives” inside of me. Not only is it a memory, but there is trauma which creates a chemical that gets seeped into my cells. Our human organic living flesh “remembers” trauma. My healing not only included individual and group therapy, but equally as important, was something called “energy” work. This is very hard to explain. But the body’s energy must purge/heal from what happened as well as the mind. This was a crucial part of my healing.

Some people who have experienced trauma of various levels/intensities suffer with Agoraphobia.

Wiki: -Agoraphobia (from Greek ἀγορά, “open space” and -φοβία, -phobia) is an anxiety disorder characterized by anxiety in situations where the sufferer perceives certain environments as dangerous or uncomfortable, often due to the environment’s vast openness or crowdedness. These situations or spaces, as well as uncontrollable social situations such as the possibility of being met in shopping malls, airports and on bridges. Agoraphobia is defined within the DSM-IV TR as a subset of panic disorder, involving the fear of incurring a panic attack in those environments. In the DSM-5, however, agoraphobia is classified as being separate from panic disorder. The sufferer may go to great lengths to avoid those situations, in severe cases becoming unable to leave their home or safe haven.

Totally understandable. But even if you don’t have a reaction to the “Agoraphobia” level, you could possibly shut down or avoid or react, in a multitude of other ways. I.e. never going to another bonfire, feeling sick or panicky or some other reaction to the sight of rope or fire in general. Get it? Even if your mind is in protection mode and you don’t remember yet, your body does. Pay attention to how your body reacts. It will tell you.

I love fire. I love bon fires. I use fire in many of my healing/releasing rituals. Rituals work. Not sure why…. maybe imbedded in our DNA after many lifetimes of doing them? Who knows?

Healing is a process – not a quick hit. The biggest part, for me, was returning back into my body. I lived in my head, and body was a 100 lb. sack of flesh I dragged around with me. I was so “out of my body”, someone could stab me and 6 months later, I would yell, “OUCH” and have no idea what was wrong or why I felt pain. That whole thing is hard to explain, so I won’t try right now.

What I want to let you know is, that each unhealed memory is a drag. It takes so much energy to store it in your mind and body. So much effort to deal with the reactions, avoidance, and suppression. I don’t think we look and feel old because we are older. I think we have just accumulated so much crap that our “being” is like one of those houses from the reality show “Hoarders”!!!

Why don’t people let it go? Because they believe the voice in their head.

I used to smoke a pack of cigarettes a day – no more, no less. Quitting was one of the hardest things I have ever done in my life. I still want to smoke. When I first quit, there was a voice in my head that told me all the reasons why I should light one up. The voice had amazing and emotionally compelling reasons, and all legit. Over and over I would start smoking again. Until one day, I found the “thing” that made all the difference and has kept me free from smoking ever since!

I would answer the voice by saying, “Thank you for sharing, Addict! But I’m a nonsmoker, and nonsmokers don’t smoke”. Really, Catherine? One sentence, and you were free?! Yes.

The voice in my head would scare the crap out of me around therapy sessions. I just KNEW that if I really let my shrink in, if I let down my guard, if I opened Pandora’s Box, then my grip, for just getting through the fucking day, would be lost, and I would surely go off the “deep end” into certifiable crazy world. (I believed I was there already, but kept it hidden) I feared I could be locked up for life, drugged by some evil doctor in a state mental hospital, and abused more, or die. I’m not kidding. I remember doing the “7 Day Hoffman Process”. While my group was being led into a guided-imagery meditation, (part of it was taking an imaginary elevator down into a part of yourself). When my imaginary elevator doors opened, I was hit with a huge blast of a panic push-back! “OH, NO, CATHERINE. YOU ARE NOT GOING THERE!!!!!!!! If you go in THERE and remember all that, you will DIE!” Needless to say, I got my ass back in that elevator, and went back up to awakened consciousness!

It took me a long time, along with patience, and kindness to tame the “wild warrior protector” part of my mind who wanted to keep everything locked in, with her as guard.

I had to say,” I hear you, Pippi! But I am going to heal this “crap”, and in order to heal, I must open it up and take it out. I will go slow, but it’s going to happen. We will not only survive it, I promise you, and we will thrive.”

She totally did not believe me.

And sometimes she would stop me. Sometimes I had to use another type of therapy to get to what needed to be healed. Sometimes, tapping or EMDR, or hypnotherapy, iyengar yoga, energy work or reading – so many different tools. Some worked. Some didn’t at one point, but worked great later on.

Why am I saying all this?

Because sometimes Pippi would say, after a single session or two with no result, ”SEE? It can’t be healed! Are you happy!? You told REALLY personal stuff to a total stranger, and for what?! Nothing happened, but now we are all upset again! We should not dig up the past! Leave it alone! I hope you’re happy! Now will you listen to me?!”

It’s only because she cares, in her own way.

I will end with this: Letting go is a process, but don’t give up! Keep going!

I believe in you!

PrevPreviousWho are you? Who, who, who, who?  Cuz I really wanna Know!
NextQuae libero wisi duis suscipitNext