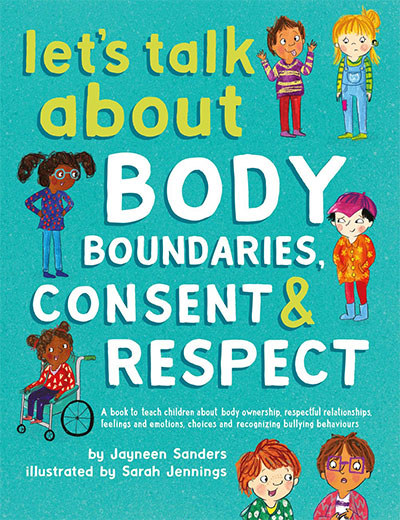 This Holiday Season, Let Kids Choose Who They Hug

The many gatherings of family and friends during the holiday season give parents a special chance to teach their daughters an empowering lesson: you don’t owe anyone your physical affection. “The ritual of demanding affection from children on cue is one of those tiny, everyday little lessons in which we teach children — especially girls — that they are to tailor their emotional responses to please others,” observes blogger Kasey Edwards in a Daily Life op-ed. By letting kids decide whether to greet someone with a hug or a kiss, parents can teach the basics of consent and bodily autonomy as early as the toddler years. And, such lessons can have an impact for years to come as Girl Scouts’ development psychologist Andrea Bastianai Archibald explains: “The notion of consent may seem very grown-up and like something that doesn’t pertain to children, but the lessons girls learn when they’re young about setting physical boundaries and expecting them to be respected last a lifetime.”

Letting kids decide what greeting to offer is rooted in a simple idea, as Katia Hetter describes in a CNN op-ed: “[My daughter’s] body is actually hers, not mine. It doesn’t belong to her parents, uncles and aunts, school teachers or soccer coach. While she must treat people with respect, she doesn’t have to offer physical affection to please them. And the earlier she learns ownership of herself and responsibility for her body, the better for her.” At the holidays, parents — and kids — can feel even more pressure to be physically affectionate than during the rest of the year in an effort to please family members or to maintain public appearances. But as Edwards says, when we prioritize “social harmony” over the wishes of our girls, we’re effectively telling them that “‘It’s ok to say no’ — except when it isn’t.”

Experts agree with Edwards and Hetter. Ursula Wagner, a mental health clinician in Chicago says that “[forced physical affection] sends a message that there are certain situations [when] it’s not up to them what they do with their bodies.” That message can have multiple repercussions as children grow: Irene Van der Zande, cofounder of Kidpower Teenpower Fullpower International, says that by “forcing children to submit to unwanted affection in order not to offend a relative or hurt a friend’s feelings, we teach them that their bodies do not really belong to them because they have to push aside their own feelings about what feels right to them… [this can lead] to children getting sexually abused, teen girls submitting to sexual behavior so ‘he’ll like me’ and kids enduring bullying because everyone is ‘having fun.’”

Teaching kids about the importance of respecting body autonomy from a young age is also an important part of keeping them safe from sexual abuse. “Sadly, we know that some adults prey on children,” Archibald observes, “and teaching your daughter about consent early on can help her understand her rights, know when lines are being crossed, and when to go to you for help.” Of course, that doesn’t mean that people asking for hugs and kisses are abusers or acting predatory; however, Edwards asserts, “we still need to make clear to our children that if they ever feel uncomfortable, and feel that they’re being pressured to oblige, then they have the right to say no — even if it causes offense.”

Hetter also points out that allowing children to refuse hugs does not mean allowing them to be rude:  “She has to be polite when greeting people, whether she knows them or not. When family and friends greet us, I give her the option of ‘a hug or a high-five.’ Since she’s been watching adults greet each other with a handshake, she sometimes offers that option.” Van der Zande agrees: “By age 6 or 7, even shy kids can shake somebody’s hand or wave or do something to communicate respect and care. Manners — treating people with respect and care — is different than demanding physical displays of affection.”