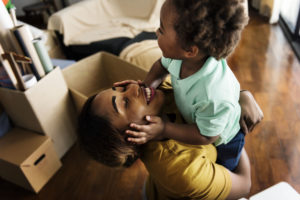 Have you seen the Netflix movie called “Unbelievable”? https://youtu.be/QTIkUzkbzQk I liked the movie a lot in that I felt the producers really captured the disassociation survivors feel, really well. The this is to crazy to be real was very real for me and other victims like me.

Have you seen the Netflix movie called “Unbelievable”? https://youtu.be/QTIkUzkbzQk

I liked the movie a lot in that I felt the producers really captured the disassociation survivors feel, really well. The “this is too crazy to be real” was very real for me and other victims like me.

They lost me at the end… who gets an apology and a cash prize? Ya.

Interacting with Survivors, even as one, can really challenge my concept of reality. Even I can question… is this shit for real? Ive learned to believe it all, no matter what, until it proves to be a fantasy or reality or a combo of both, which also happens.

When a survivor in need crosses my path I choose to believe it is a divine meeting. Meant to be. There are no accidents. Karma. Choose your lingo.

Sometimes I feel compelled to be a hard ass and other times a female version of Mr Rogers. Its hard to explain… I just know in the moment.

Sally was one young woman I met this year through a law enforcement friend who personally asked me to help, if I could. He was in the Afghanistan war with Sallys mother who was beside herself about sex trafficked, addicted, suicidal Sally…and her young children.

Sally looked unbelievable on paper. And the file looked like a script from the Jerry Springer Show… most survivor stories do…including my own.

Sally looked even worse in person. Remember those black and white pictures taken of the prisoners in the concentration camps? Skin and bones. That’s Sally.

But if you closed your eyes and listened… or spoke to her on the phone. She sounded like a professor from a fancy college or a uptown shrink.

“THE” story however…unbelievable. From my perspective, that made it even more probable. Hello.

Emotionally I need to bypass the drama and get to the need. She needed 1800 for first, last and security. State help covers some rent, electricy, oil,, food, medical… the less you have the more they give… but zero help with this part. School and cold weather were right around the corner. Getting volunteers to help her move out of a third floor city apartment into another apartment in the cold was not likely either so tick tock…

I believe in the Spirit of all humans. I believe most people are fundamentally good. I believe GOOD is everyone true nature. This is a choice I made and half the time Its proven true. I believe the other half was simply timing.

I reached out to the people who follow me on social media and give them the opportunity to be the Super Heroes I know they are in Spirit. Hey… Sally needs our help.

The money came. The volunteers came. Just like I believed they would.

I reached out to moving companies but they wouldn’t do it for free r even at a rate I cold afford on the donations that were given.

I needed $1800 right? Well I only received $800 in donations but a lawyer in New Jersey with an organization called UNBLINDED gave me a $1000 donation out of the blue without them having any idea about need for Sally. BOOM!

Then I reached out to a biker dude for help moving… it wasn’t the fancy men… or the locally owned moving companies… it was the bikers that rolled up their leather and moved this mother and three children across town.

That the thing… we may not get what we want, from whom we make should be actually who should help… but we get it. When we need it… from the most unlikely places. Its entertaining looking back later…after the stress and panic have passed.

Sally and her children are safe and sound in their new apartment, attending school and counseling.

The Superhero Misfits showed as the good we all long to see in the world.