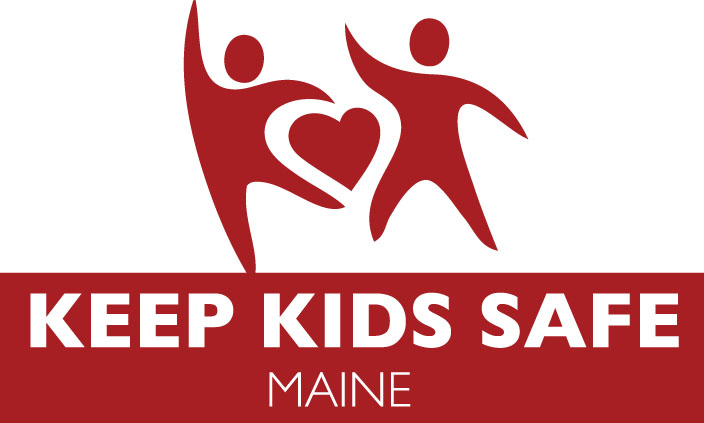 Hurt people hurt people.
I know many of you believe that we should kill sexual assault offenders. I don’t. There’s a lot of factors at play here… It’s not black or white. And I’m sad that Epstein killed himself. I’m sad when anybody kills themselves… unless they have a terminal illness and they’ve made a life-ending choice for themselves that I feel should be respected. That’s a different topic.

Child sexual abuse is happening at a rate that reminds me of the AIDs epidemic… Child sexual abuse is at pandemic level. If you haven’t watched the movie “spotlight” about the process by which the Catholic church sexual abuse scandal was made public… I strongly suggest you do that. One can understand why the Catholic Church, the victims, the offenders, and the families would want to keep this prolific abuse hidden from the general public. We can even understand why the surrounding community of the individual churches would want to keep it secret. But beyond the immediate communities… when people on the outskirts knew about it… Why in God’s name did they want to keep it secret? Here is my guess… Because clergy is like family. And if clergy is like family then you can imagine how difficult it is for actual family members to speak out. How difficult it is for children to speak out against those they know, trust and love. 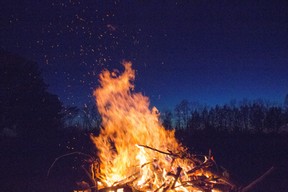 The child sexual abuse pandemic is like a wild fire happening right in front of the fire station and no one is picking up a hose to put it out. The wildfire can rage out of control and devastate hundreds of thousands of acres… turning everything in its wake to ash. Perspectives like… It’s none of my business… I could be wrong… I don’t want to get involved… is just throwing fuel on the fire! You are giving permission and allowing it. We already know what will work to end child sexual abuse. Preventing access from the offender to the potential victim. Everything else will be an exercise of experimentation within our communities. Like, how to help those afflicted with the desire to be sexual with children…

By the way, 40% of child sexual abuse is by the hand of another minor. Just saying. How to properly heal survivors so that we can nip generational trauma in the bud. There are many churches and organizations like the Boy Scouts who are experimenting with policies and procedures that seem to be totally doable, make sense, and our replicatable in other organizations.

Epstein‘s death does not change the fact that there are countless more like him in our world. He could have told us the ones he knew about. He could’ve helped us save more children, identify more victims and help countless people. Now that’s all lost. Listen people… prevention is where it’s at. A witchhunt is not where it’s at. We need to be like King Solomon and think about restorative justice with loving, kindness, compassion and zero tolerance. Grown-ups who want to have sex with children aren’t going anywhere. They’re not. I believe that there is a way of helping them to deal with their urge, their desire to abuse… A way we can pull them out of the darkness where they offend and into the light of love and compassion with the resources that will discreetly help them cope… at the same time we have policies and procedures in place that prohibit access to our children in the first place. 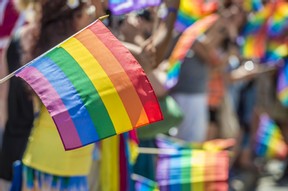 Back in the day alcoholics were the lowlife of a community. Now we have things like a Facebook page called Rockers in Recovery! There was a time that transgender individuals were considered the lowest… have you seen the documentary on Netflix movie called “Wigs”… Fascinating! And now transgenders prominently have their place not only on cable TV with Bruce Jenner‘s transition… but also their place at a gay pride parade and on RuPaul‘s drag queen race! If you had depression and anxiety panic … your family could throw you in a sanitarium where you were given electric shock treatments whether you liked it or not. And yet we say that people who are sexually attracted to children should be killed. What about the people who are sexually attracted to animals? Can you imagine? These people didn’t decide when they were 4 years old “hey I think I want to be sexually attracted to something that will make me others detest me and want to kill me”… I’m sure Bill Cosby being sexually attracted to unconscious women was not how he wanted to be remembered in his legacy… I don’t believe that people choose whom they’re sexually attracted to. Nor do I believe that just because they’re sexually attracted to… Whatever… they should be allowed to do it. I’m not saying that at all. I’m just saying that we should have some compassion around it and help them… while we are vigilant about protecting the most vulnerable in our communities – our children.

I never wanted anything bad to happen to my uncle. My aunt. The babysitter. Teh school principle. The friends of the family. Strangers. My dad… all the people who abused me…Hello. I just wanted to be safe. protected. loved. I’m sure that is the same for all young victims… we want to be loved… But not that way….We didn’t want them to stop loving us …we just wanted them to stop being sexual with us. When the children in our lives hear us cheering that Epstein hung himself, hear us speak violence against offenders… they are less likely to tell us who is offending them, oout of a sense of protection for the offender.

I remember being in a support group with a priest who had been convicted and did his time for molesting children. He told me in his year-long treatment facility about all the different ways they tried to help him and other offenders. He said that massage therapy was the thing that decreased the urge to act out the most… Even more than the oral castration medication! So here we are in our society talking about creating safe areas within our community for drug addict to shoot up… with a volunteer with Narcan just in case they overdose… But yet the thought of having free massage therapy for people with sexual dysfunction would absolutely make people blow a fuse. Interesting isn’t it?

Know your enemy. There is more power in moving towards what you want than there is in fighting something you don’t want. I don’t want to fight predators/offenders. I want all children to be safe. I want all children to get what they need during their developmental years so that we can have the healthiest communities possible. To me the antidote to issues, environmental, political, sexual… Everything… is having the healthiest possible minds and conversations, an informed educated responsive community. When you sexually abuse children you create a community with secrets, fear, walking wounded…leading to everything you don’t want in your community – sex trafficking, incarceration, addiction, trauma, the cycle of abuse…

Epstein is dead but you’re not. Let’s work together towards what we do want. Where do we begin? We begin with educating ourselves.

I have done the very best I know how with the resources available… which are extremely limited… To find people who have the best answers we know to date… And share them with you. I’ve done that by speaking out, by cohosting “Issues that Matter”, by creating PSA’s and YouTube videos, speaking to Rotary, schools, churches, military, law enforcement….creating my own dream team expert panels with Homeland Securities, the DA, and more… And now our 3-Day Keep Maine Kids Safe child abuse prevention conference is September 12-14.

We can’t prevent people like Epstein from having the desires that they have. But we can pull people like him into the light. We can educate communities. We can create policies and procedures within all organizations invloving children. We can educate parents. There is so much we can do that requires no FDA approval… No pharmaceuticals… We don’t need to do fundraisers for scientific study… We have everything we need to make a profound change within our community… Much of that will be covered by Victor Veith – our keynote speaker for the conference.

Speaking of which… We have 300 seats to fill – attendance is FREE thanks to our sponsors. If every single one of you made it your responsibility to get five people at this conference, we could fill everyone of those seats. Do you know what those seats mean to me? Every seat in that building… In my mind… Is one child that won’t be abused. 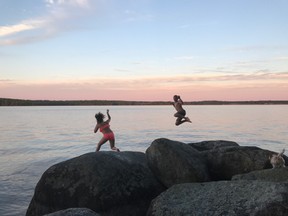 OK… So that’s my rant… It’s not just the headline that Epstein is dead that caused this reaction in me… It is five years of watching peoples’ reactions to stories on this Stop Trafficking US Facebook page suggesting torture, mutilation and death to offenders… Which to me is indicative of the ignorance…
That will keep still put children in harms way.

Those of you who have read every word and can feel my heart, I hope you will post a heart emoji so I can feel you back…❤️